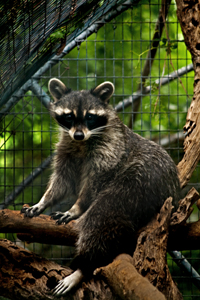 The raccoon is the most abundant and widespread medium-sized omnivore in North America.

Conservation Status
Listed as Least Concern. Since the 20th century their populations have grown and range expanded.

Learn more about this animal.